Cristiana Girelli is the Best Azzurra from Italy vs. Moldova (3-0), the match that gave Milena Bertolini's national team opening day success in their qualifying campaign for the next women’s World Cup, which will be played in Australia and New Zealand in 2023.

Girelli was the main protagonist in the match, with her brace before the half-hour mark already securing the three points for the Azzurre. In the 16th minute, she scored a tap-in just a few feet from the goalline, after the Moldovan goalkeeper Munteanu had saved her header. In the 28th minute, she scored her second from the spot, converting the penalty awarded for a foul on Giacinti.

Her two goals yesterday bring Girelli up to a total of 46 goals in 81 appearances for the Azzurre. 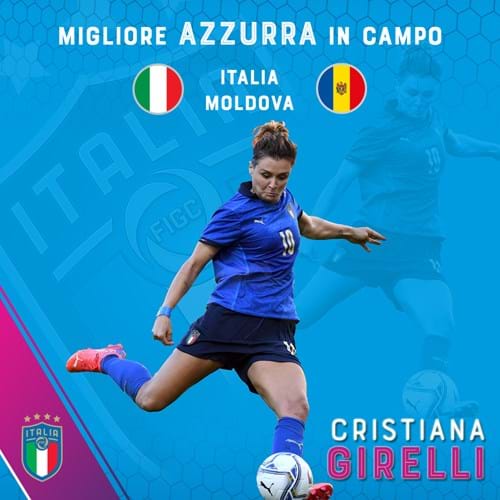 Nicolò Barella is the Azzurri’s MVP from Italy vs. Belgium