UEFA have reassured all ticket holders and corporate hospitality clients that anyone unable to make it to Euro 2021 would have the total value of their ticket(s) and/or package(s) refunded. From the 26 January 2021, a first window was opened, during which fans could demand a refund for their tickets. A final window for refunds was opened in April, following confirmation of how many fans would be able to attend games in each city: the Italian government gave the green light to the return of fans to the Stadio Olimpico in Rome, at 25% capacity.

In early May, UEFA carried out a ballot amongst those who had confirmed that they could attend, informing each remaining ticket-holder of the outcome of the ballot.

FIND HERE all the information on ticketing on the appropriate section of UEFA’s website.

UEFA Euro 2020 is the first European Championships to be shared around Europe, with the aim of celebrating the 60th anniversary of the competition’s inception. The tournament will take its first steps in Rome, where the opening ceremony and match will be held, and be hosted by eleven cities (Rome, Amsterdam, Baku, Bucharest, Budapest, Copenhagen, Glasgow, London, Munich, Seville and St. Petersburg). There were initially twelve host cities for Euro 2020, with Dublin the first to pull out: the games meant for Bilbao were moved to Seville, while those scheduled to be played in Ireland were changed to St. Petersburg (for the group stages) and London (for the round of 16).

Spectators with tickets for the games in Rome will need to take heed of the fact that there will not be exemptions made for those arriving from abroad to any travel restrictions in place at the time.

There are numerous stakeholders involved in the process of organising the four games (three in the group phase and one quarter-final) in Rome: the FIGC, the Government, the City of Rome (Roma Capitale), CONI, the Ministry of Health and Sport and Rome airport.

The Euro 2020 trophy to be exhibited at the Football Museum

Mancini and Bonucci at the Football Museum

The Football Museum, open at the weekend, tells its story in numbers 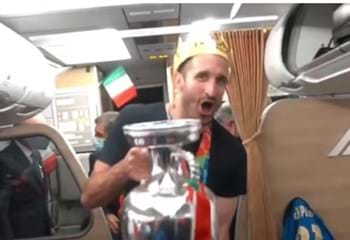 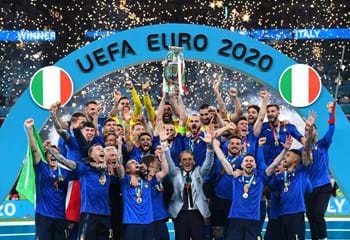 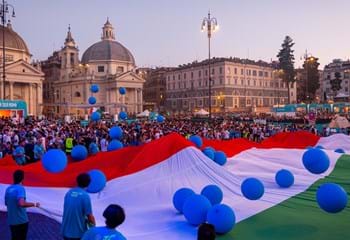