Andrea Pirlo was born on 19 May 1979 in Flero in the province of Brescia.

Considered from a young age to be one of the most talented players in Italian football, he made his Serie A debut at the age of just 16 for Brescia as an attacking midfielder before moving to Inter four seasons later. He was loaned to Reggina and Brescia before Inter sold him to AC Milan in the summer of 2001. Carlo Ancelotti moved him into a new role as a deep-lying playmaker and he’d stay there for the remainder of his career. With AC Milan, he won practically everything. He won the Champions League twice, Club World Cup once, European Super Cup twice, Serie A twice, the Coppa Italia once and Supercoppa Italiana twice.

In May 2011, after ten years with the Diavolo, he moved to Juventus and became a key player immediately. He added to his already impressive honours list, winning the Scudetto three times under Antonio Conte in addition to two more Supercoppa Italiana titles. Under Massimiliano Allegri, he was in the side that won the 2014/15 Serie A title and a Coppa Italia. In the summer of 2015, he crossed the Atlantic to play in the MLS for New York City F.C., where he remained until his retirement in November 2017.

He won the Under-21 European Championship in 2000 with Italy and a bronze medal at the 2004 Olympics. Andrea Pirlo’s first senior Italy cap was on 7 September 2002 when the Azzurri side led by Trapattoni faced Azerbaijan.

Although he took part in the 2004 European Championship, the midfielder from Flero really made his name at the 2006 World Cup, where he played a starring role as the Azzurri lifted the trophy. In Germany, Pirlo was named FIFA Man of the Match on three occasions. His first such award came after his showing against Ghana where he scored and assisted a goal in the 2-0 win. Then, in the semi-final against the home side, he played the key pass for Grosso’s goal. In the final against France, he delivered the corner for Materazzi to head home and equalise from. His displays saw him named as the third-best player of the tournament, behind Zinedine Zidane and Fabio Cannavaro. In 2006, Pirlo was named by FIFPRo in the FIFA Team of the Year.

After the unfortunate trip to South Africa for the 2010 World Cup where a thigh injury meant he only played at the end of the final group match, Pirlo captained Italy for the first time against Estonia in a EURO 2012 qualifier on 3 September 2010. During the competition in Poland and Ukraine in 2012, he helped lead the team to the final against Spain as he was one of the best players at the tournament. Pirlo also featured at the 2013 Confederations Cup, where he made his 100th appearance for Italy. In the summer of 2014, he played at his third World Cup.

His Azzurri adventure came to an end on 3 September 2015 when Italy faced Malta in Euro qualifying in Florence. With 116 appearances (and 13 goals) to his name, he’s the fifth most-capped Italy player in history. He’s been part of the Italian Football Hall of Fame since 2019. 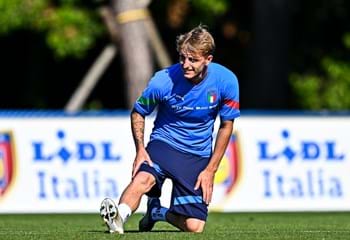 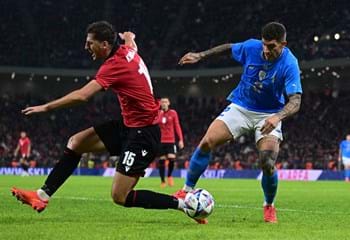