“We are the Azzurre”, FIGC’s online campaign for the Women’s Euros

The new FIGC video, that sets off the online campaign to take you through the team’s European adventure, is now online.

In occasion of the participation of the Azzurre in the UEFA Women’s Euro 2022 tournament, the FIGC has launched on all social media channels the team’s video “We are the Azzurre”, that celebrates the essence of real and genuine football, one of sharing and social inclusion across the peninsula.

Created by Auiki and produced by Indaco, the video shows in a fun and engaging way the Italian passion for the Azzurra shirt and presents the 23 players that have been called up to the squad for the Euros. On its first day alone, the video was viewed over 500,000 times on various platforms.

The video focuses on how to experience sport positively and lightheartedly, as characterised through the players presented individually, so as to bring coherence and recognisability to each element of communication. Other than the video, there has also been a visual restyling to the team’s online social media profile with a new graphic format, bringing a clear visual identity to the team’s digital communication, that is to be used to tell their European adventure.

#LeAzzurreSiamoNoi will be the official hashtag to accompany Milena Bertonlini’s squad during the competition, that will see them take on France in the opening match on 10 July. The hashtag #LeAzzurreSiamoNoi was created as a call to bring the country closer in supporting our Azzurre. 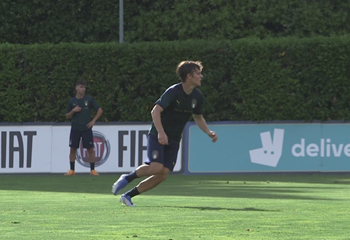 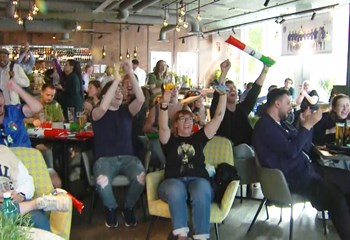 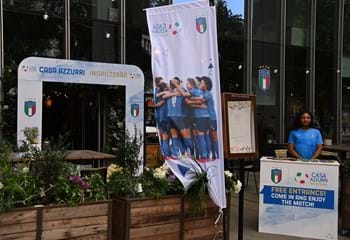