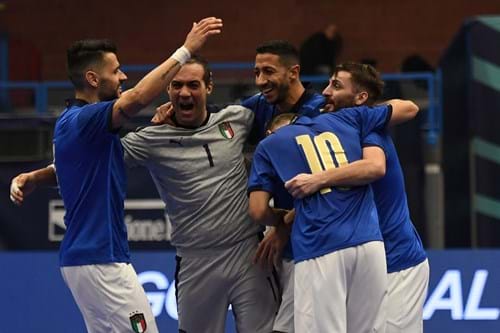 There are four National Futsal Teams: the two senior sides (male and female) and two Under-19 teams (male and female). The Azzurri have won two European titles, first in Caserta in 2003 and then in Anversa in 2014. Activities are carried out directly by Club Italia, with the cooperation of the 5-a-side Football Division, which organises the national activities for clubs.