30 years without Gaetano Scirea, the gentleman with a place in our hearts

A great player, leader but a man of real substance above all. He continues to inspire

‘Elegance’ is perhaps the best word to describe Gaetano Scirea. One of the greatest defenders of all-time, he was always elegant and clean. He was never sent off in his career and he also displayed great technical skill. He was also elegant as a person, a true gentleman. An eternal symbol of professionalism, talent but humanity above all and his altruistic nature will never stop inspiring. It’s now been 30 years since one of the greatest figures in Italian sport was taken from us on the roads of Poland.

Scirea’s career began at Atalanta and he made his Serie A debut for the club in 1972. Two years later, he moved to Juventus who were looking for a new leader in defence. At just 21, Scirea became a starter in his first season. In 1974, Fulvio Bernardini handed him his Italy debut as he was lined up to replaced Giacinto Facchetti. Scirea played for the Azzurri for 12 years and appeared at three World Cups (1978, 1982 and 1986) and one European Championship (1980). At the 1982 World Cup in Spain, he was a key figure in one of the strongest defences of all-time alongside Zoff, Gentile, Cabrini, Collovati and the young Bergomi. Italy won the tournament and Scirea showed all of his class. It was a successful era for Juventus also as the Bianconeri won everything in Italy and beyond. He stayed in Turin for 14 years, and held the record number of appearances for the Old Lady until 2008 when Del Piero overtook him Scirea retired from playing in 1988. In 1989, he was in Poland as a scout for Juventus and died in a car crash at the age of just 36. “If anyone should have their shirt retired, it’s Gateano Scirea. He was a truly great player and a truly great person,” said Enzo Bearzot who was in charge of the 1982 Italy side. Today, we remember him once again. 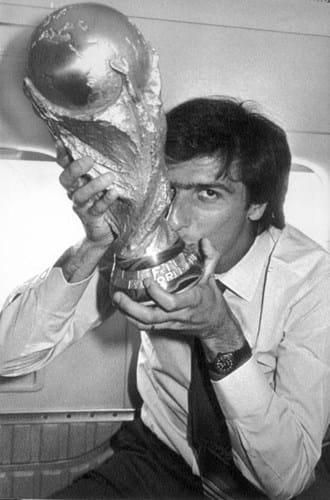