A left-footed central defender blessed with technical quality, Alessio Romagnoli was born in Anzio on 12 January 1995. He came through the Roma youth ranks and made his Giallorossi debut at an early age on 11 December 2012 in the Coppa Italia under Zdeněk Zeman, who saw the potential that has made him one of the most promising defenders in world football. He played his first game in the Italian top flight eleven days later as Roma beat Milan 4-2.

2014/15 was the season when he really broke through: while on loan at Sampdoria, he became one of the pillars of Mihajlovic’s side, scoring twice in 30 appearances. With the Serb having moved to Milan, Romagnoli became one of his top targets and, after some long summer negotiations, the Italian joined the Rossoneri on 11 August 2015. His aim was to follow in the footsteps of some great Azzurri defenders who have worn the Milan shirt, including his idol Alessandro Nesta. The first trophy of his professional career came in Doha in 2016, when the Rossoneri beat Juventus on penalties in the Supercoppa Italiana. He’s worn the captain’s armband for his club since the 2018/19 season.

Romagnoli also quickly rose up the Italy youth ranks. After taking part in a training camp under Prandelli in 2014, he was part of the Under-21 squad that competed at the European Championship in the Czech Republic the following year. His first senior call-up came on 27 August 2016, when Gian Piero Ventura named him in his squad for Italy’s matches against France and Israel. After briefly returning to the Under-21 setup under Di Biagio, Romagnoli made his Azzurri debut in Turin on 6 October 2016, when Italy and Spain played out a 1-1 draw in World Cup qualifying. So far, he’s scored twice in twelve appearances for the Azzurri.

Salvatore Sirigu was born in Nuoro on 12 January 1987. After developing at Venezia and Palermo, he took the first steps of his professional goalkeeping career at Cremonese and Ancona. In 2009, he returned to Palermo, where he was a key figure for two seasons before being snapped up by French side Paris Saint-Germain. During his time in Paris, he enjoyed a huge amount of success: in addition to four league titles, he won the French Cup (x2), the French League Cup (x3) and the French Super Cup (x4). Furthermore, he was twice voted the Ligue 1 Goakeeper of the Year (2013 and 2014). In 2016, he moved to Spanish team Sevilla, who then loaned him to Osasuna in the January transfer window. In the summer of 2017, he returned to Italy after being signed by Torino, his current club.

On 28 February 2010, he received his first call-up to the senior Italy side ahead of the Azzurri’s friendly against Cameroon in Monaco, but Marcello Lippi chose not to play him. He only had to wait a few months to make his debut, however: this came in a friendly against the Ivory Coast as Cesare Prandelli took charge of the Azzurri for the first time. Having been part of the contingent that finished runners-up at Euro 2012 and which competed at the 2013 Confederations Cup, he was named in the Italy squad for the 2014 World Cup in Brazil, where he started against England. Under Conte, Sirigu played as a starter in friendlies against the Netherlands and Albania and then against Bulgaria (a 2-2 draw in Sofia) during qualifying for Euro 2016. At the tournament itself, he served as Buffon’s understudy. So far he’s made 26 appearances for his country. 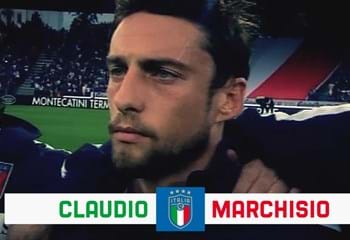 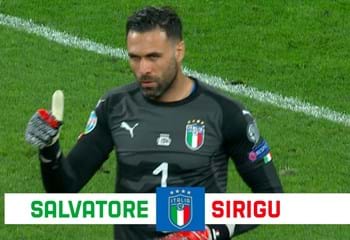 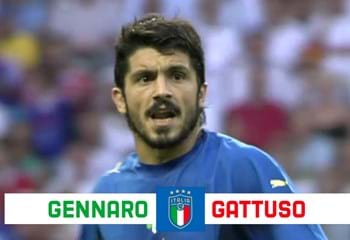 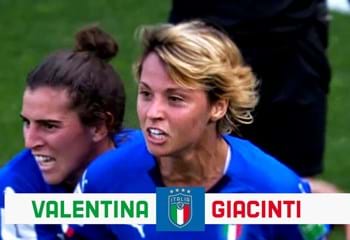