Ciro Ferrara was born in Naples on 11 February 1967, going on to become a key player for both Napoli and Juventus, as well as coaching the U21 National Team at the end of his playing days.

He made his Serie A debut with Napoli on 5 May 1985 in a home game against Juventus. He then went on to become a player at the heart of his side’s cycle of success across the ‘80s and ‘90s, taking on the captain’s armband after Maradona’s departure in 1991. He signed for Lippi’s Juventus in 1994, reaching the peaks of world football with the Turin team before his retirement in the 2004/05 season. The end of his career saw an astounding personal collection of trophies at: six Scudetti, two Coppe Italia, five Italian Super Cups, one Champions League, one UEFA Cup, one European Super Cup and one Intercontinental Cup.

Ferrara’s Azzurri debut arrived on 10 June 1987 in a 3-1 friendly win over Argentina in Zurich. He won a bronze medal at the Italy ’90 World Cup and silver at the EUROs in 2000, making 49 appearances in total. 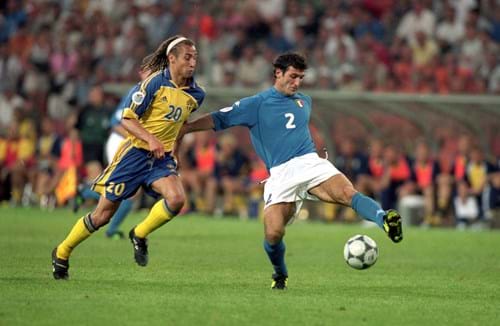 Maggio’s top-flight debut came for Vicenza in a 2-0 away loss to AC Milan on 1 October 2000. After moves to Fiorentina and Treviso, the full-back cemented a spot at Sampdoria between 2006 and 2008. He then moved to Napoli, making his debuts in both the Europa League and Champions League and winning two Coppa Italia and an Italian Super Cup. His latest move took him to Benevento in the summer of 2018, for whom he now plays in Serie B.

Christian’s first appearance in an Azzurri shirt arrived in Athens on 19 November 2008, Italy drawing a friendly against Greece 1-1. He was part of the side who came in second place at EURO 2012, also winning a bronze medal at the 2013 Confederation Cup with a total of 34 appearances across his career.

Happy birthday to the Azzurri legend Giovanni Trapattoni who turns 81!