History of the Logo

The current FIGC logo was officially presented on 2 October 2017 and made its debut on the kit during Italy vs. FYR Macedonia at the Stadio Olimpico - Grande Torino in Turino during a World Cup qualifier. It replaced the previous edition from 2007.

The current logo was created from the need for a modern design which pays reference to designs of the past in connecting tradition and modernity. The gold features symbolise strength and success, along with the flag and blue of the shirts with the Italia typeface and four stars for the World Cups won in 1934, 1938, 1982 and 2006. 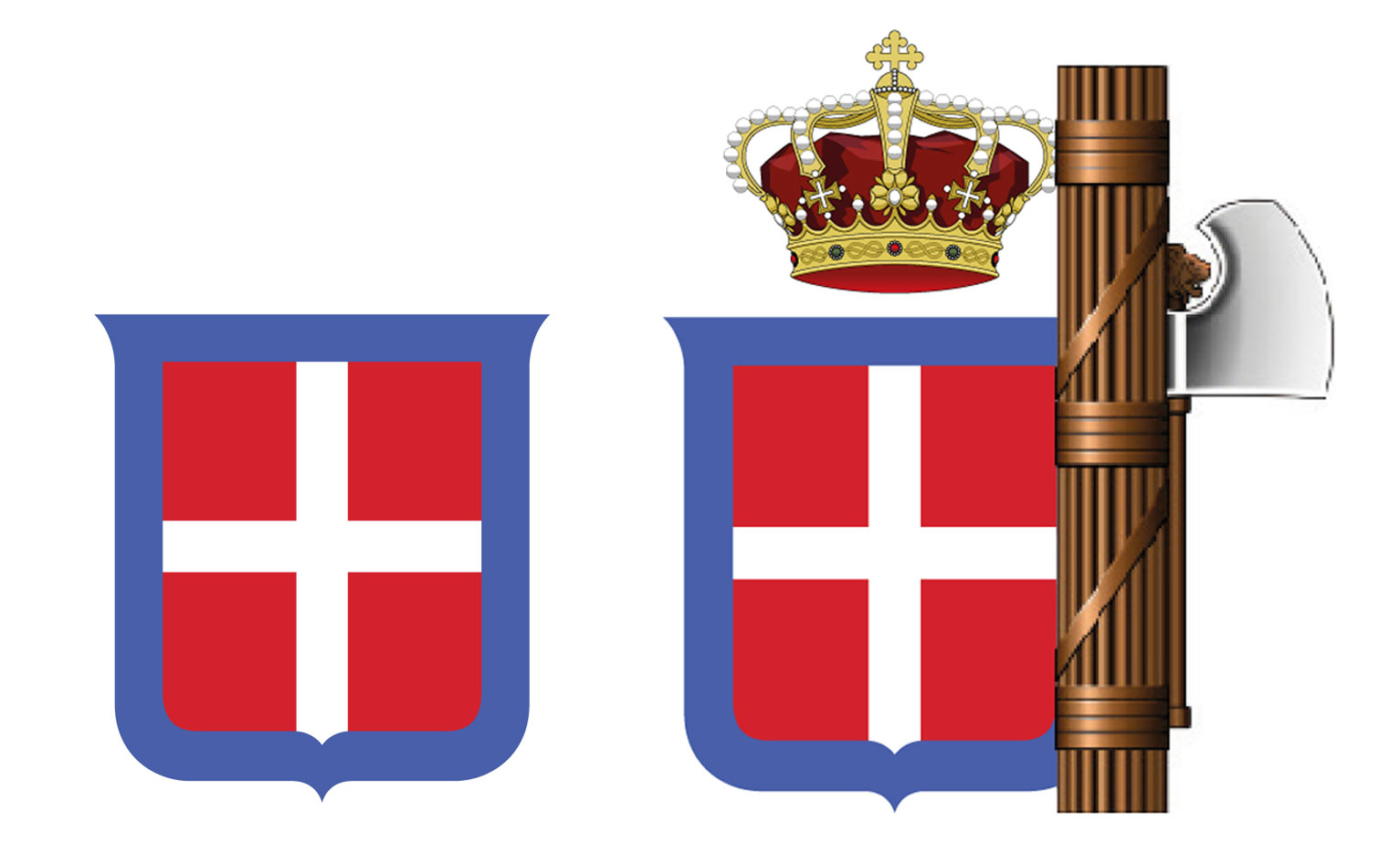 The first logo was a reference to the House of Savoy's royal emblem with a red shield featuring a white cross with a blue trim. The same colour was selected by the FIGC President of the time Felice Radice as the coulour for the National Team after they first wore white against France in Milan in 1910.

During the fascist period, a crown and fasces were added to the design. During this period, the Azzurri won the 1934 and 1938 World Cups and gold at the 1936 Olympics under Vittorio Pozzo.

After the war, football was one of the instruments that helped the country to rise again and the tricolour flag featured on the kits. In 1952, 'Italia' was added in gold to further signify the link and identify with the country. After years of disappointment, two of the greatest pages in Italy's history were to follow with the 1968 European Championship win on home soil before the team finished as runners-up at the 1970 World Cup in Mexico after beating West Germany in an epic semi-final that finished 4-3.

In 1974, the logo was redesigned ago with a diamond placed aroind the tricolour along with a yellow ball and the name surrounded the whole design in the border. In some cases, the diamond was inside a square shape featuring the acronym.

In 1982, a small change was made for the 1982 World Cup in Spain with FIGC written vertically down the white of the flag. In 1984, a new logo replaced the traditional one. On the inside were three starts on a field of blue with 'Italia' written at the top and FIGC at the bottom of the white in the flag.

In 1992, the Federation launched a competition to find a new design. Patrizia Pattacini submitted the winning entry with a design reminiscent of a stylised 'i' with a blue circle to the top left. Elsewhere, there were the three stars on a blue background atop the full name of the Federation and the flag which remained the most enduring element since the royal design was abandoned.

In 2000, the flag and scudetto design from the 1950s returned with the three stars for the World Cup wins taking permanent pride of place and the full version of the name was removed. In reality, the three-star design was worn in the first friendly after the World Cup in Spain which was a friendly between Italy and Switzerland on 27 October 1982. However, it wasn't worn with consistency due to FIFA only officially approving the use of designs commemorating World Cup wins midway through the 1990s.

In 2006, the design changed again with a modernised version that paid tribute to the original Scudetto. It was a squarer design and the FIGC taking a central role in the middle of the white.

In 2007, the design needed updating after the fourth World Cup win in Germany so a fourth star was added at the bottom with the FIGC section moving higher up.

Ten years on, the current design was presented in October 2017.